6 Physical Symptoms of Depression That are Often Overlooked

The past year has been difficult, but we can still find silver linings. Despite everyone around the world spending more time in isolation, we’ve been able to fall back on the things that matter most – like empathy, compassion, and the strength we have in numbers.

It’s important to take care of ourselves during these critical times, but it’s easier said than done. Maintaining a positive mental headspace can feel especially challenging these days. 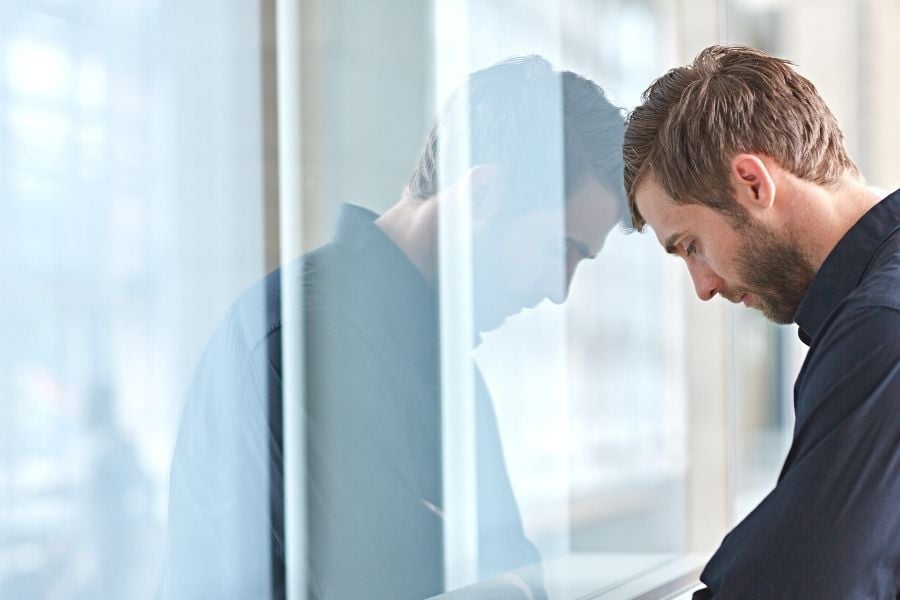 As Nelani Ratnalingam, therapist at HealthOne, reports, Canada was in a mental health crisis before the pandemic struck. Everyone is affected by it, even indirectly through a family member, friend, or work colleague. As much as we need to look after ourselves, we also need to take care of each other – especially when it comes to more serious mental health problems, such as depression.

Although depression is a mental illness, it can present itself physically in many ways. There are a number of symptoms that are often overlooked, Nelani says, and understanding them is a great first step towards positive change. We sat down with her to learn more about how to look out for each other as well as ourselves.

Facing the Facts Before Finding a Cure

The Canadian Mental Health Association reported in December that 40 per cent of Canadians said their mental health had deteriorated compared to the previous March. The second wave of the pandemic intensified feelings of stress and anxiety. That led to alarming levels of despair, suicidal thoughts and hopelessness, the CMHA reported.

As Nelani says, there may be a hesitation to talk to a loved one about depression, or resist treatment yourself, because of the stigma around it. However, she discusses the importance of recognizing negative automatic thoughts and behaviours and encourages individuals to be proactive in seeking support for these symptoms before they spiral into something worse.

That’s what a therapist can help you with – cognitive behavioral therapy, behavioural activation therapy, mindfulness therapy, and other techniques to help individuals make changes in their lives so they avoid getting stuck.

After all, the stats are dire. Mental illness affects more than 6.7 million Canadians, according to CAMH. One in two Canadians have or have had a mental illness by the time they reach 40.

And suicide remains one of the leading causes of death in both men and women from adolescence to middle age. According to Government of Canada statistics approximately 11 people die per day by suicide, approximately 4,000 deaths per year. And it is the second leading cause of death among youth and young adults 15-34 years of age (one third of deaths by suicide are among people 45-59 years old).

“With Covid, individuals have felt out of the control, feeling like they have to protect themselves and their loved ones from these perceived threats,” Nelani says. “And in a time of uncertainty, it has instilled a lot of fear in individuals, which has increased levels of anxiety and depression, sometimes suicidal thoughts.“

Isolation because of lockdowns, and a lack of social support, has only exacerbated challenges. As Nelani adds, there has been the loss of loves ones, and that’s led to grief.

“There has been burnout from work, concerns about employment and finances, with job losses at an all-time high. And with that increased substance abuse as well,” she says. 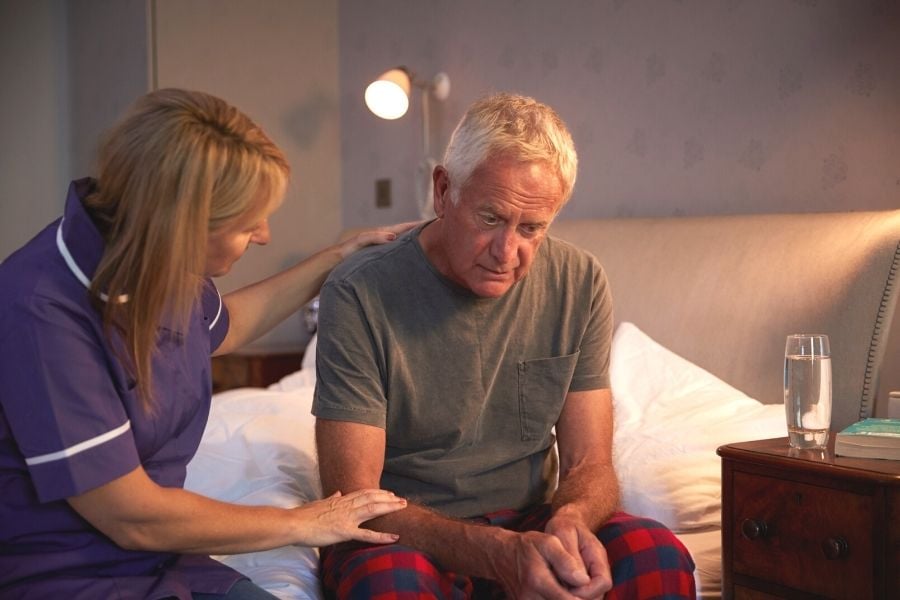 The Importance of Spotting the Signs

Faced with a mental health tsunami, what can you do to spot the signs? Perhaps you know someone who has experienced it or are wondering about your own mental health.

“It can be challenging, because an individual that is depressed may not want to see anyone, or do anything,” Nelani says. “They might try to get out of doing anything social because it feels too cumbersome. The signs of depression are not always obvious. Sometimes they are more subtle, like change in mood or behaviour. There are feelings of hopelessness, lack of motivation, low self-esteem, reckless behaviour.”

The symptoms of depression can vary from person to person. Depression in seniors might be attributed to the realities of aging – feeling weaker, having less focus. Nelani says men express it more through fatigue, irritability, anger, reckless behaviour, and a loss of interest in daily activities. Women may express it through expressions of sadness, feelings of worthlessness or guilt.

Children might pretend to be sick, or cling to an adult, and teens might be running into trouble at school, suffer eating disorders, or become sulky or irritable.

It’s not just about mental symptoms, though. Nelani says there are several physical symptoms of mental illness to watch out for as well. These are often overlooked or assumed to be associated with a physical illness of some kind. The roots of these are often misdiagnosed as not being connected to depression.

That’s why it’s important to seek out a licensed professional, Nelani adds. They can help you detect patterns, thoughts and behaviours that contribute to depression. Therapists are trained for this. They can help identify mental and physical symptoms. Identifying them means you or a loved one can get on the road to feeling better much sooner.

Insomnia or restless sleep. Those who are depressed might have an inability to fall asleep, or they wake up frequently.

“There are stress hormones in the body that can disrupt sleep patterns,” Nelani says. Or people with depression can find they are sleeping too much or are drifting off more during the day. Sleep problems can make the depression worse. They can be connected, a negative cycle that can be challenging to break.

Low energy. An individual with depression doesn’t feel rested after a sleep. That causes them to feel sluggish the next day. Depression also leads to inflammation in different areas of the body. That is connected then to fatigue. And this impacts an individual’s focus and motivation. Low libido is part of this – loss of interest in pleasurable activities because of a lack of energy or low self esteem.

Aching muscles and joints. Your body is storing stress. People with depression have been found to have lower serotonin levels. Serotonin is the key hormone that stabilizes our moods, feelings, happiness, appetite, well-being, and that in turn impacts our entire body physically.

“Also, individuals who are depressed may not maintain good gut health,” Nelani says. “They are not eating a nutritious diet, and that can cause an imbalance in your body, which may increase symptoms of depression as well.” 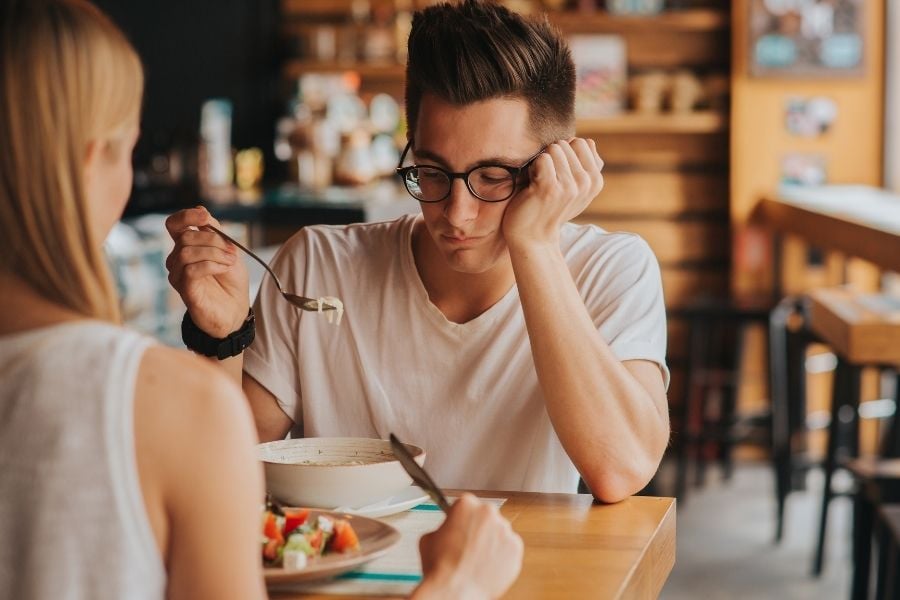 Headaches and migraines. This is also caused by inflammation in the body. Tension headaches can occur when the neck muscles become tense and contract, a response to depression. Sleep deprivation caused by depression can cause headaches. So can poor eating habits and dehydration, if people are sluggish and feel unmotivated.

Low appetite or over-eating. Some may turn to food for comfort. That can lead to obesity. Or, at the other end of the spectrum, malnutrition if one has a low appetite because of their low mood.

If you identify with any of these, or see them in a friend or loved one, you may want to consider getting help. Each of these impact women, men, children, older adults differently.

Stigma Being Torn Down

One thing is for sure. Initiatives like Bell Let’s Talk Day have helped tear down stigmas and people are now talking more openly about mental illness. That’s a good thing, since being more open in talking about depression makes it easier for you or people in your circle to spot the symptoms. With familiarity comes more comfort.

Bottom line, a licensed professional can help you improve your productivity, complete your daily tasks. “At the end of the day these symptoms do impact the body physically,” Nelani says. “Therapy helps build coping skills for stressors and to have a safe space to discuss your stresses so that you can experience relief.”

Book a meet and greet with one of our therapists today.

6 Physical Symptoms of Depression That are Often Overlooked